The Importance of Media Relations in Japan

It was about the third or fourth time I had heard that phrase uttered in a prospective client pitch, but I could tell something wasn’t clicking. Looking around the room, the Japanese staff at the local office were all nodding in agreement, but it was clear the American CEO wasn’t entirely on board. Something wasn’t clicking for him like it was for the branch staff. While the oversight ended up costing us a potential client as a PR agency in Japan, there was a valuable long-term lesson we could salvage from the ashes: even among English speakers, what is understood by the phrase “media relations” varies greatly.

Wait, you might say, what do you mean? Isn’t media relations at its core just having great connections with journalists? Don’t all PR agencies across the globe have this? While true, the issue is more nuanced in Japan. As with many things here, the Galapagos-like conditions in which the local market developed have given rise to a very different environment from most other first-world nations. What this means is that while the media and working cultures may look very similar at first glance, if you dig a little deeper, you’ll often find that Japan is an entirely different beast. 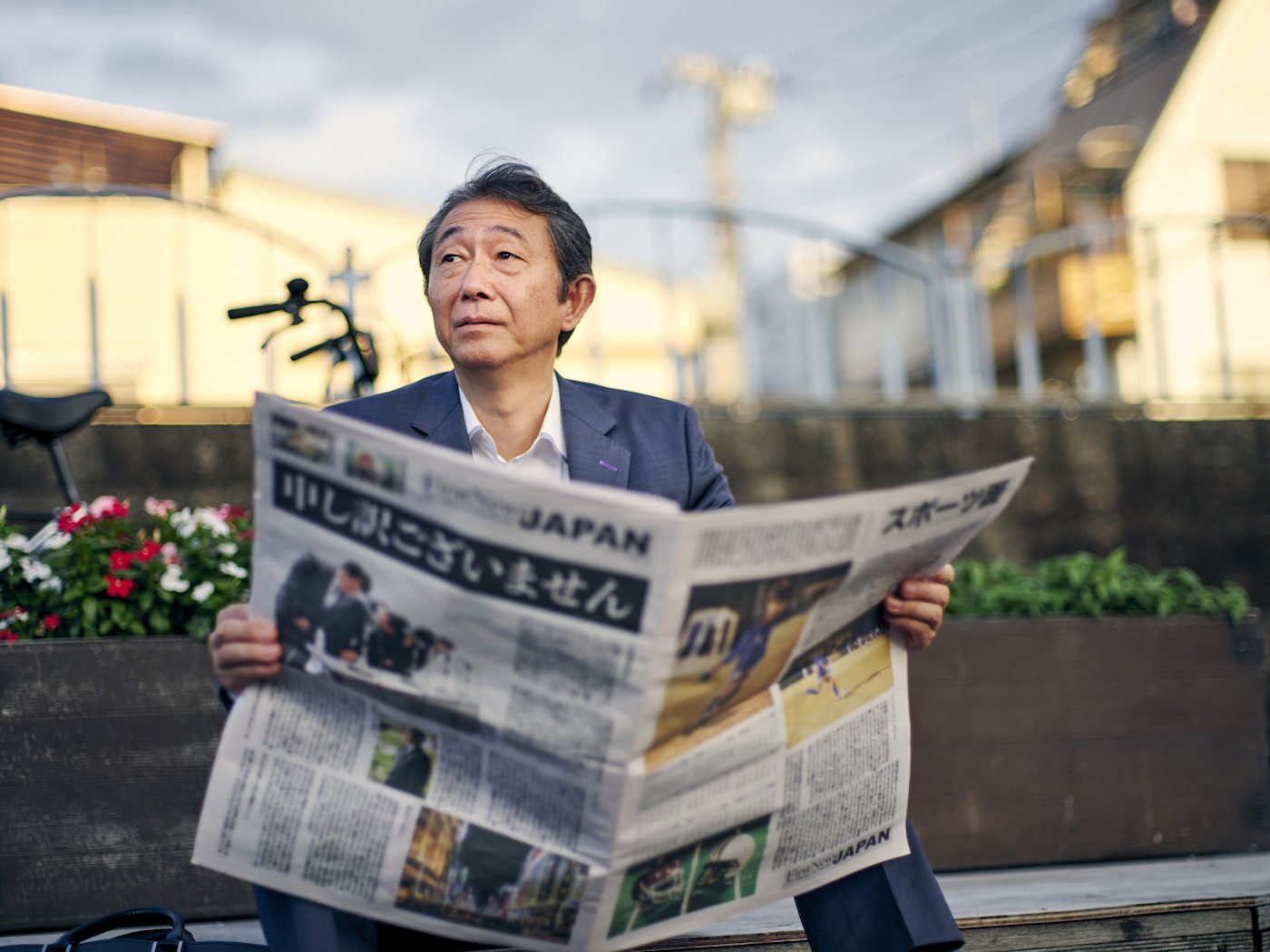 Take Japan’s media market for example. From the outside, it looks very similar to the rest of the world’s. We have newspapers, magazines, online outlets, and TV programs just like everywhere else. It’s only until you look past the surface that you realize our newspaper circulations number in the millions, and the country still has a deep distrust for new platforms like social media. As legacy media drop like flies across the globe, Japan’s outlets continue to exert unbelievable influence, especially with older and wealthier demographics, who at the end of the day, are the ones that make the most important decisions. While youth may be quickly becoming digital natives, for much of the adult population, print is still king in Japan.

This so-called “Galapagos syndrome” also holds true for the term media relations. When an agency like Kyodo PR talks about the strengths of its media contacts, it’s talking about solid, strong, deep connections bordering on that of close friendships. Unlike in professional environments such as America where the average individual changes jobs every 2-3 years on average, Japan still very much has a “job for life” mentality (though this too is starting to change). What this means is that the depth of relationships has had a long time to blossom and mature in Japan. That beat reporter that you met five years ago will one day go on to become the full-fledged chief editor of one of the major media outlets in Japan. 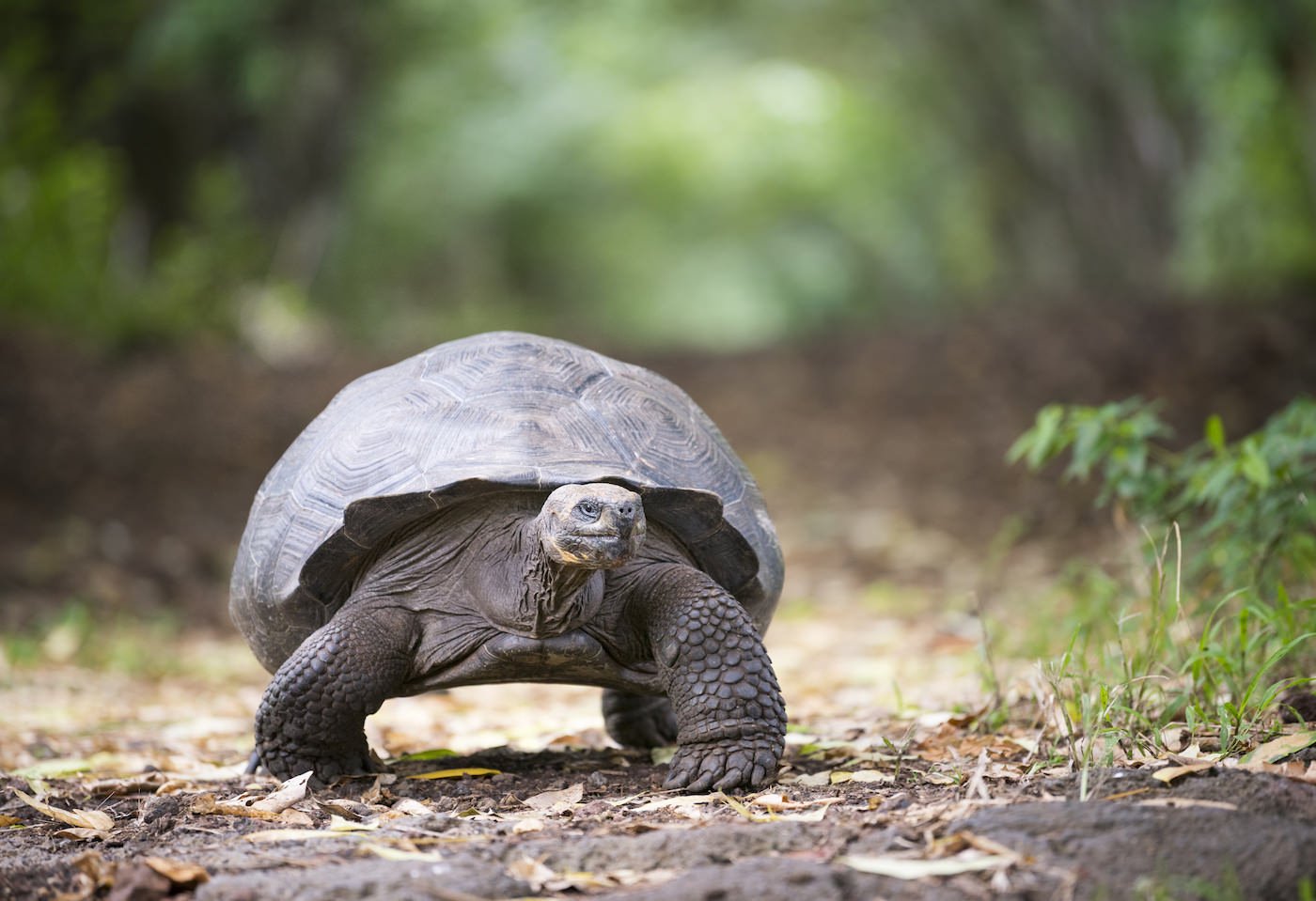 In practice, this means that media are far more receptive to our stories and angles than they are of simple cold calls. The societal bonds, formed either on a press tour overseas or together over drinks on a weekday night, create an atmosphere of trust whereby individuals are far less likely to be critical of any given story-angle or pitch. After all, you’re essentially starting with a very warm lead that you’ve helped uncover intriguing editorial content before in the past. In overworked and understaffed Japan, this “in” can be the difference between getting coverage on a client’s release (which may be major news in your eyes) or not.

While this particular aspect may be true globally, it’s even more important in Japan due to the aforementioned importance of legacy media. Print space is at an extreme premium, and journalists are constantly bombarded with promotional materials from both domestic companies (big, medium, and small) and foreign companies (well-known ones and newcomers). I have been to many of the offices of major Japanese publications, and the one thing they all share in common is the ever-growing stack of press releases piling up on their fax machines. 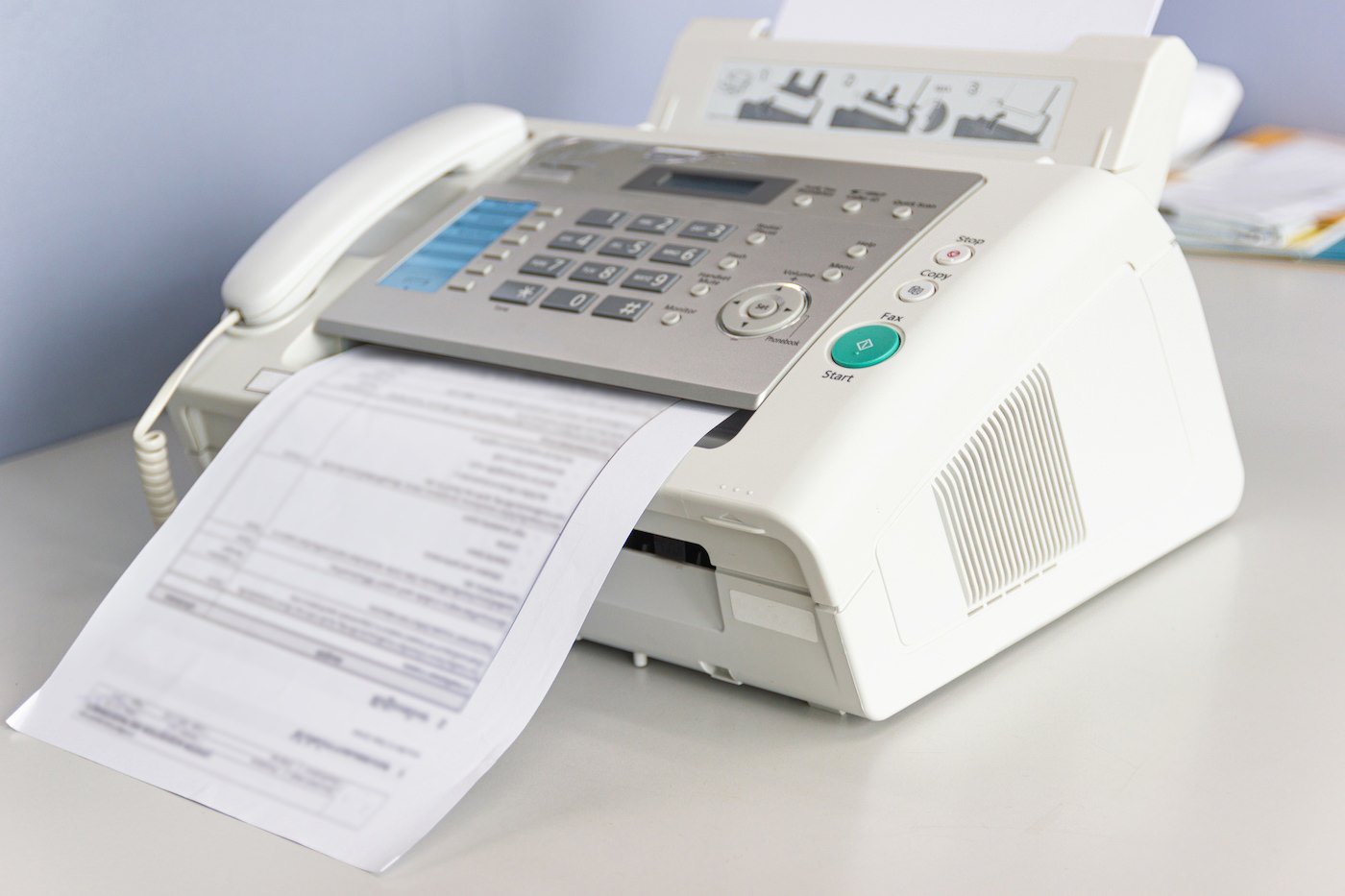 Furthermore, this doesn’t even account for the countless emails that go straight to their junk mail because they come from abroad, lack cover messages in Japanese, or simply because they were sent by someone they don’t recognize. From the media’s perspective, if the sender didn’t bother to do the above, it means that it’s either not important or the sender doesn’t care so why should they? It is only through very strong connections to the key gatekeepers at each media outlet that you can begin to break through the noise.

In Japan, a strong working relationship with a journalist allows you to largely avoid the hierarchical roadblocks inherent to the local culture. Japanese people often use the metaphor of the “vines of mutual responsibility” to describe the cultural binding effect of interpersonal relationships. In the PR world, what this often translates to is that journalists are far more willing to work with an account executive than with an in-house spokesperson or communications manager when seeing a story thread to its end. For example, say that there is a need to follow up with an overseas client for further details. A strong relationship can often be the difference between an extremely busy journalist blowing off the opportunity or holding out for the last bits of information.

When taken to the nth degree, media relations can lead to some unbelievable PR wins that would otherwise be impossible. During my tenure at Kyodo PR, I’ve seen these connections be leveraged to increase TV developments by several minutes, cut competitors out of destination features, and arrange unbelievable 30-plus page fashion shoots at boutique hotels. None of these would have been feasible without having first invested incredible amounts of time (and most likely alcohol) developing and forming bonds with the decision makers who ultimately green-lighted our requests at media outlets.

The power of media relations over the “big idea” or “pitch” in Japan is one of the hardest things to comprehend for many foreign entities looking to enter the local market. Nevertheless, outside of huge news announcements, the majority of PR wins come on the back of connections. Sure, the client’s product or service needs to be up to snuff to meet the media’s strict criteria, but all other things considered, the company that hires an agency that boasts solid and deep journalist connections will see the lion’s share of positive exposure.

One thing to keep in mind is Japanese media are often adamantly opposed to the marketing spin(s) many clients put on their pitches. Media say, “Show me the numbers, I’ll come up with my own angle.” The secret therefore to messaging in Japan is to provide the journalists with data that proverbially leads the horse to water. When there’s a strong relationship between agency and media, oftentimes content producers are far less likely to scrutinize the implications of the information passed to them. In Japan, trust is a very powerful asset that can be used to further critical narratives. 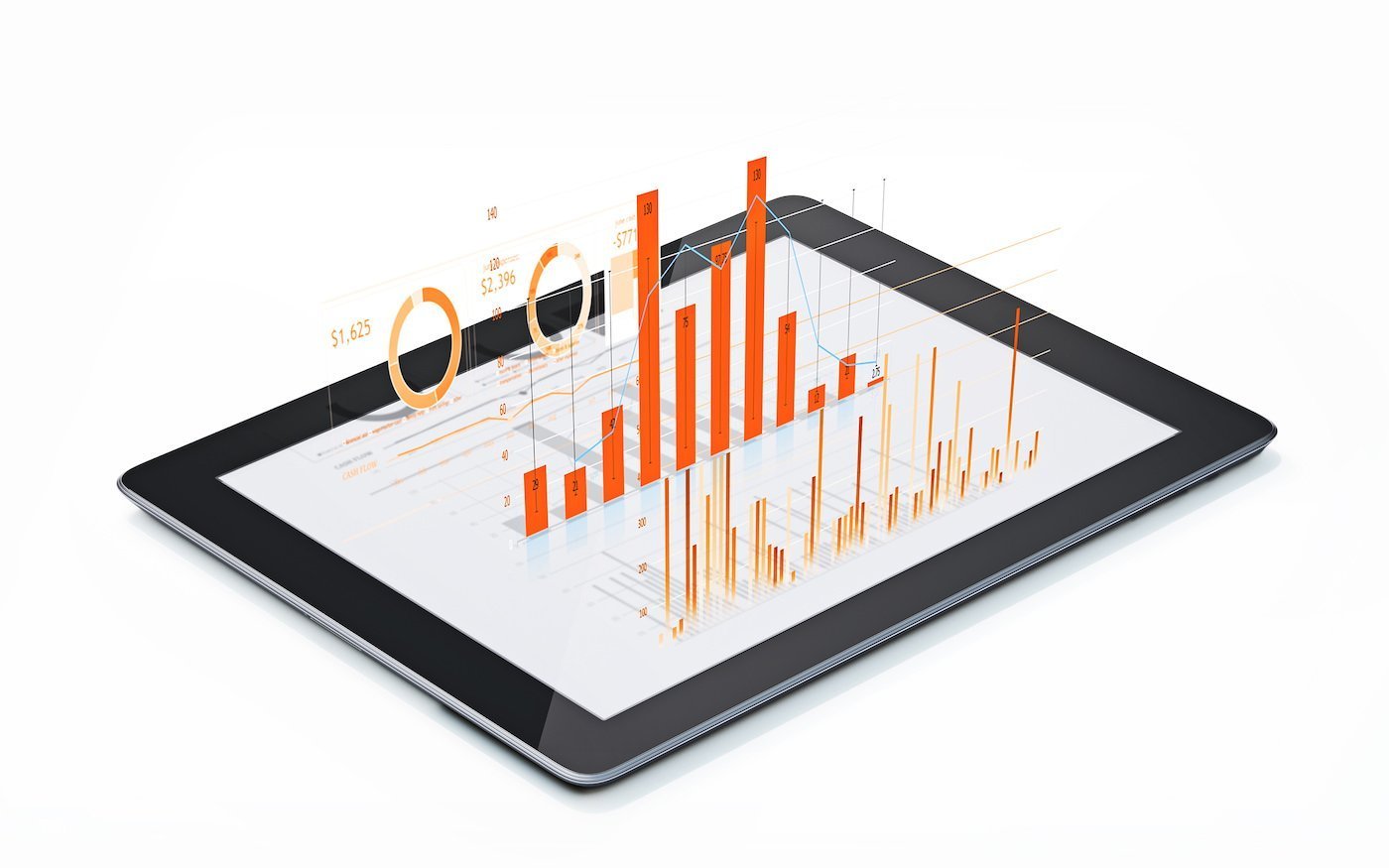 What readers looking at entering the Japanese market should take away from this piece is the critical importance of interpersonal connections. This country is a society built not necessarily on logic and commerce but instead on the interwoven fabric of relationships. Is it that surprising Japanese media are also equally reliant on the bonds between individuals?