What is PR in Japan?

Even though Kyodo PR is the leading PR agency in Japan, answering the question of what actually constitutes PR in this day and age is a difficult one for us. While it would be an easy query in the days of yesteryear, the advent of new platforms like social media that are direct-to-consumer has greatly changed the game here. As a result, the definition of what is PR in Japan has significantly expanded. Moreover, the quandary is even further exacerbated when you consider that lobbying and public relations have become irrevocably enmeshed overseas.

Perhaps the best way of concocting a working definition of what is PR in Japan would be to first look at what it IS NOT. Likely, we can all agree that no one is thinking of outdoor advertising when they are discussing PR activity. Likewise, commercials that play on national TV would also not ever fall within the confines of PR. Once we move away from these obvious instances though, the lines start to blur a bit. For example, do advertorials fall within the realm of PR or advertising? What about paid social media marketing?

In all likelihood, settling in on a shared definition of PR is impossible as what the concept actually means varies from person to person. Though PR was once synonymous only with the idea of media relations, this is simply no longer the case in recent years. Now, the game is all about integrated communications across a variety of owned, earned and rented platforms. This need for a wider array of solutions has in turn started to erode the previously sacrosanct barriers that existed between PR agencies like Kyodo PR and ad agencies.

The History of PR Agencies in Japan 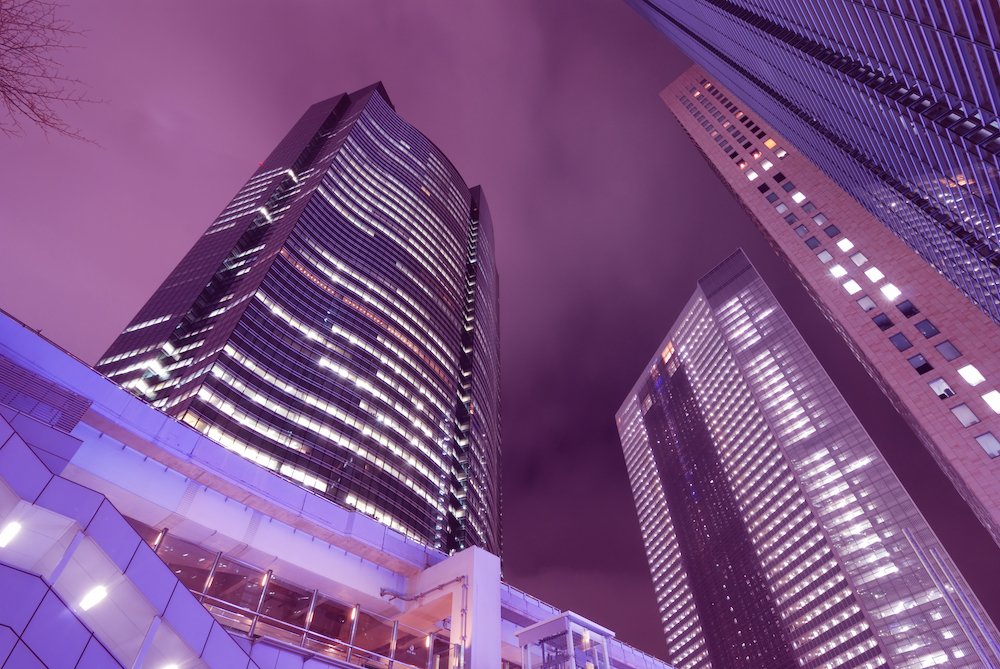 Much of the current confusion regarding what exactly is PR in Japan is due to how public relations agencies and ad agencies have divided up the entirety of the communications pie. For much of their long and intertwined history, the advertising side would handle much of the strategy, messaging, brand identity etc. Additionally, the ad agency would also oversee all of the media buying. Outside of the occasional advertorial though, the thought of PR agencies doing anything paid was inconceivable.

With Japan’s ad agencies doing much of the strategic thinking and media buying for brands, PR agencies were left to focus on the actual “labor” involved with procuring earned media coverage. This is why even today, many in the industry hold the belief that PR in Japan is all about sending out press releases, establishing media relations and running press conferences. While these activities still constitute the core of what is PR in Japan, they are no longer the only things that we do for clients.

So, what happened to disrupt this stable division of work? Well, in short, social media, blogging, YouTube, etc. This democratization of the ability to publish content significantly altered the landscape both in Japan and across the globe. Put simply, the advent of social media and other easy-to-use publishing tools gave anyone and everyone a voice. As a result, those in the communication were no longer beholden to the gatekeepers that they once were. Furthermore, now anyone with a credit card can also buy media online like the best of them.

It’s hard to overstate what a monumental impact this had on the industry landscape. This one change allowed PR agencies to step into the words of social media marketing and influencer casting. While tasks like media list management and establishing close relationships with editors will always be the bread and butter of PR agencies in Japan, these are no longer the only arrows in our proverbial quivers.

Why Use a PR Agency in Japan? 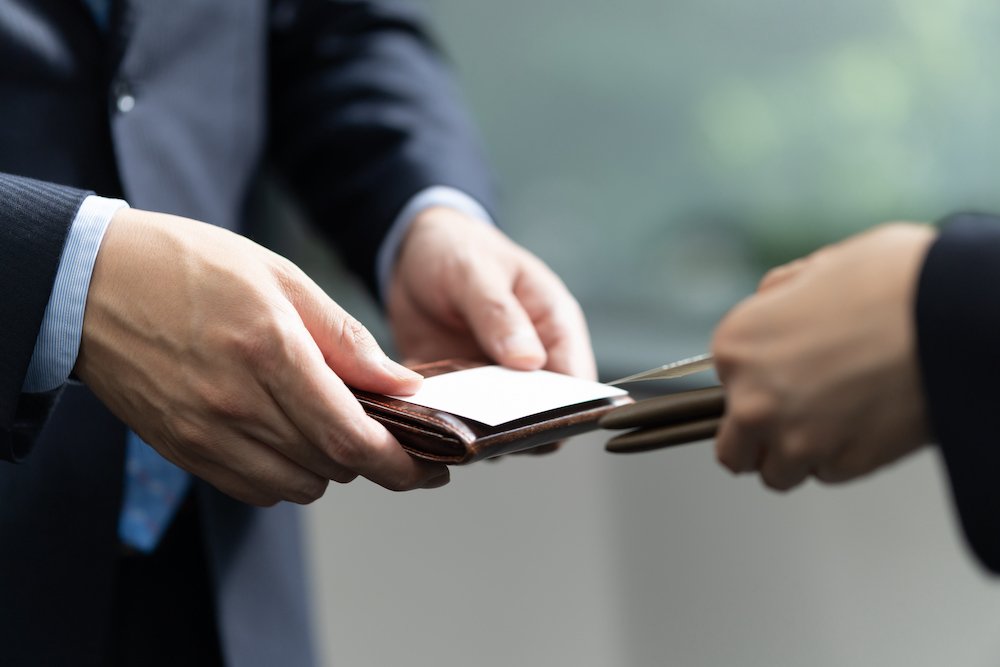 Just as these changes have muddled the roles of PR and advertising in Japan, the advent of direct-to-consumer channels has also made it easier for brands to communicate with their customers. Unfortunately for diehard fans of digital marketing though, Japan is a place that still puts a lot of trust in legacy outlets. Our newspapers and magazines are still widely read and act as arbiters of trust. Put another way, failure to be represented in these outlets is the equivalent of not being “vetted” by Japanese society at large.

The aforementioned need for earned media coverage aside for a second though, one other benefit of having a communications specialist at your side in Japan is that they can help you navigate the nuances of the market. Simply put, Japan is unlike any other country on the planet. Here, our newspapers still have print circulations in the millions, people pay attention to terrestrial TV and media gatekeepers thoroughly vet their sources and information.The messaging that worked for you elsewhere may or may not resonate with Japanese consumers.

While there are of course exceptions, it’s rarely the case that a global brand succeeds in Japan without a reliable partner at their side that deeply gets the way things are done in Japan. At the end of the day, the task of marketing to the public is now too complex to go it alone. By working with an agency like Kyodo PR that understands the full spectrum of integrated communications though, it’s possible to create cross platform solutions that result in a flurry of brand touchpoints.

Of course, a solid PR agency in Japan can also handle all of your standard activities as well. Whether it be press releases or media relations, a reputable vendor can ensure that all of your needs and more are met. What’s more, a reliable partner like this will also aid you in localizing your brand and messaging for local audiences too. Far too often, overseas clients get this wrong and spend years trying to correct their mistakes.

What’s on the Horizon for PR in Japan?

Without a doubt, the PR industry in Japan is undergoing immense changes and this will only continue as the rate of digitization increases from here on out. In prior years, the only ways of getting the message heard were to send out press releases or pitch gatekeepers. Nowadays though, PR agencies can do creative activations that spark discussions online that then turn into earned media coverage. There’s now a number of ways to get the word out that didn’t previously exist prior to the age of the smartphone.

Additionally, just as many of the means of reaching consumers are going digital, we are seeing more and more app clients like Tinder and Spotify contact us in recent years. With no real physical presence for the media to shoot, projects like these have been a real challenge to get coverage for. Rather than rely on tried and true PR tactics,  we’ve had to leverage new ways of sourcing information based on users behaviors.

Likewise, the rise in e-commerce has made influencer activations ever-more important as these are easier to tie into attributable sales than getting featured in a print magazine. Though legacy outlets are still immensely influential in Japan, they are far harder to link to ROI without the assistance of a robust analytics system. While influencers take a bit of tact to use in a way that leads to sales, the results that they generate are far easier to track than earned media coverage.

Of course, all of the communications industry here has been severely impacted by the coronavirus. In fact, experts are purporting that the pandemic has caused over a decade of change in Japan. The need for social distancing led to the rise of remote work on mass levels, a concept that previously was anathema to many Japanese companies. These days, a lot of the work that PR agencies do (such as press conferences) has all moved online.

In closing, while PR agencies likely won’t be planning TV ad campaigns anytime soon, the previously clear line between public relations and advertising has really started to disappear in Japan. After all, in this day and age of integrated communications, it’s all about great content that is distributed via digital delivery systems. In an environment like this, the distinction of whether it’s an paid or not matters less than whether it gets seen.

To learn more about how to get the most mileage out of your PR agency in Japan, check out this post for more information…