Japan achieved remarkable economic expansion in the aftermath of WWII with huge advances in automobiles and consumer electronics, rising from devastation to its place as the third-largest country in the world by nominal GDP. In recent years, it has been overshadowed by China’s rapid growth, mounting public debt, and weak relations with neighbors. Nonetheless, as PR agencies in Japan need to remind their clients, it is still a powerhouse and leader in a number of industries and has cemented its position as one of the most important countries in Asia.

Japan is an economically mature market famous for its high-quality goods and services, but it is also a highly traditional market built on social hierarchies, long-standing customs, and older leaders. Similar to China, ignoring the status quo and poor communication often lead to long-term consequences and major losses. Consumers have a moderate level of disposable income and Japan boasts the third highest number of millionaires in the world at 2.8 million. 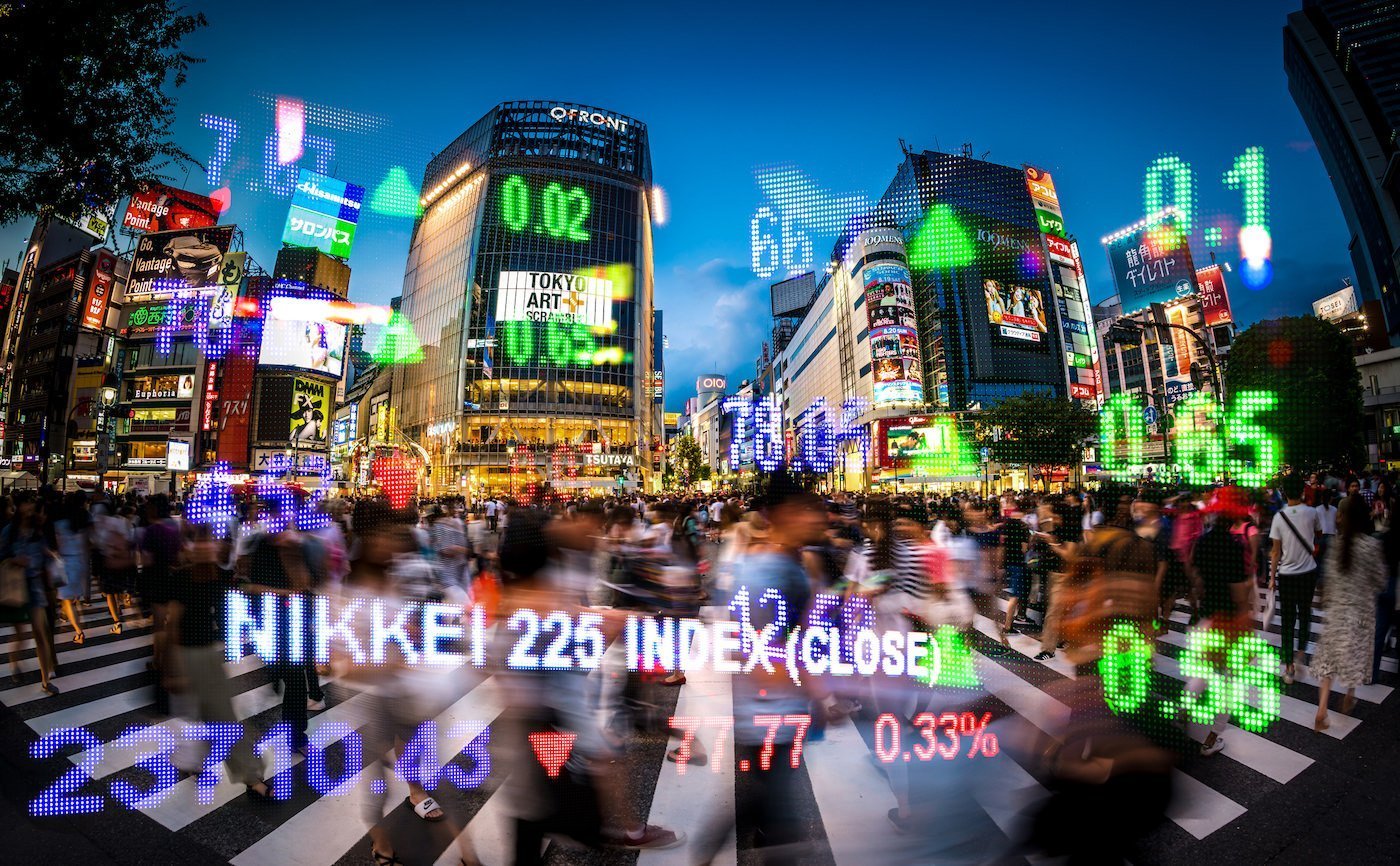 Japan consists of 47 prefectures that are further broken down into wards, cities, towns, and villages, but the Greater Tokyo Area is the largest metropolitan area on earth, with a population of about 38 million. Within it lies the city of Tokyo, Japan’s capital, and the center for all business in the country. It is at the forefront of technology, politics, media, and commerce; nearly all serious businesses have at least one major office near the heart of the city. As most of its economy is centralized in the city, marketing activities targeting the nation as a whole can be rolled out from there.

Tokyo will also host the Olympics in 2020 and is transforming itself into a major tourism nation in response, with an anticipated influx of 40 million to the country in 2020. Though the Japanese government continuously attempts to push its policy to have organizations depart from Tokyo to other regions, less than 10% of the population lives in rural areas, and there are currently not enough incentives to generate action.

There are other important cities outside of Tokyo; however, the most notable being Kyoto, Osaka, Nagoya, and Yokohama. Kyoto is the smallest of the four but, as the capital of Japan until 1868 and for 1000 years prior, has played a major role in building Japan’s historical identity. It is considered by many to be the center of Japanese culture and is home to a large number of shrines and historically significant landmarks, making it a major tourism destination, especially for travelers from Asia.

Osaka, which hosts Japan’s third busiest airport, also plays an important role as a key point of access to the outside world. It has recently gained prominence as a possible location for casino resorts and other new attractions that will help boost its appeal as a tourist destination, including World Expo 2022. 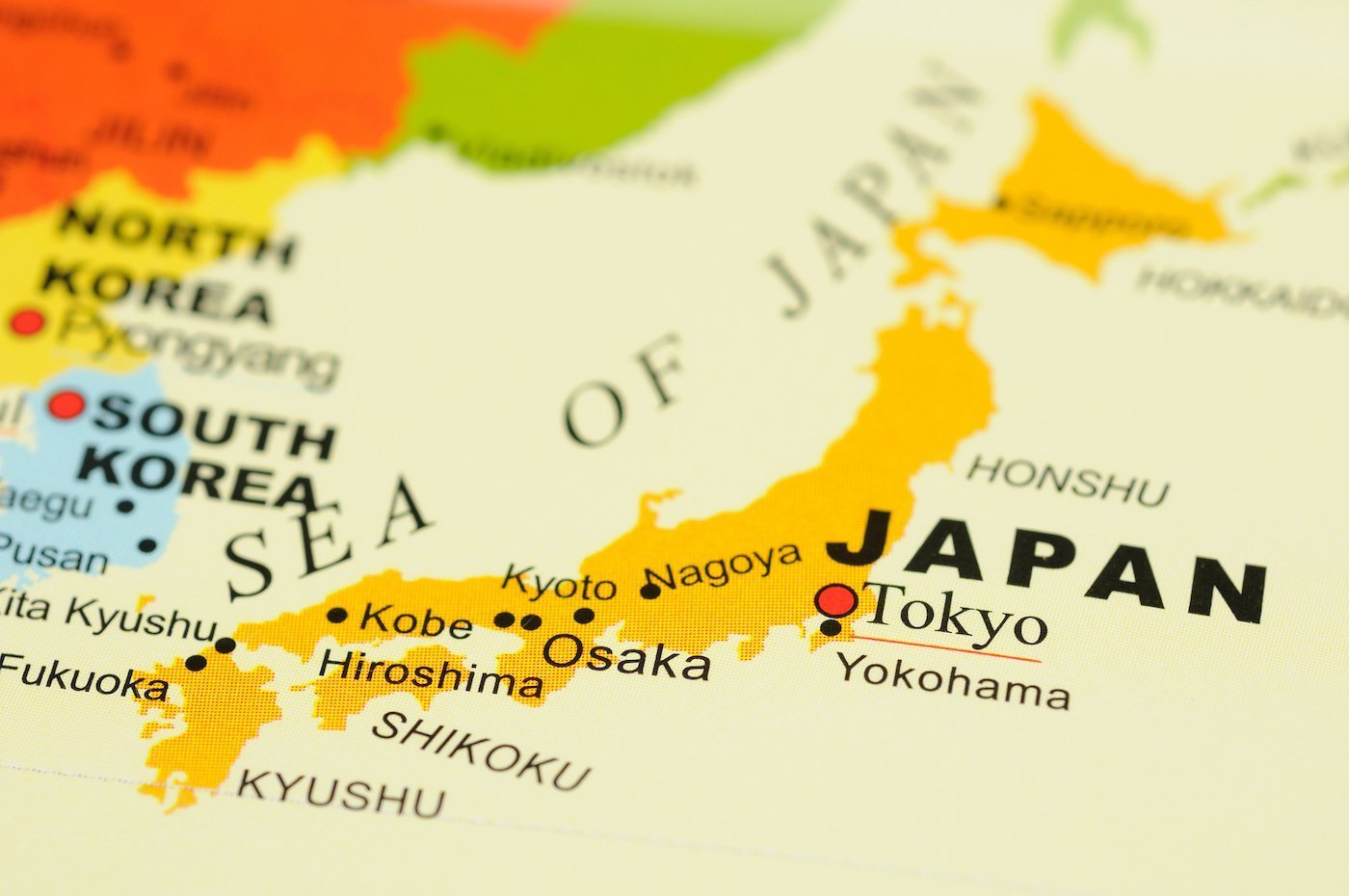 Japan has a population of 126 million people. It is only the 11th largest country by population and one of the smallest in terms of land mass, but is one of the most densely populated, as seen with the Greater Tokyo Area.

As an island nation that had no real contact with Europe until the 16th century, Japan is said to be culturally and ethnically homogenous: about 98% of its population is ethnically Japanese and 99% of them speak Japanese as their first language– this means that, by and large, every piece of marketing content or sales initiative must be done in Japanese or be ignored. Even within major cities, it is not unusual to find menus, signs, and guides with no accompanying English translations. All of these are key factors in understanding its position as a monocultural society, giving rise to the term Galapagos syndrome.

Japan has one of the highest life expectancies on earth and one of the lowest rates for violent crimes, but it is also battling against major issues including a rapidly aging population, low fertility rates, and comparatively low participation of women in the workforce (more information here), a key priority for Prime Minister Shinzo Abe’s government. According to recent estimates, around 38% of all living Japanese will be over the age of 65 by 2065. 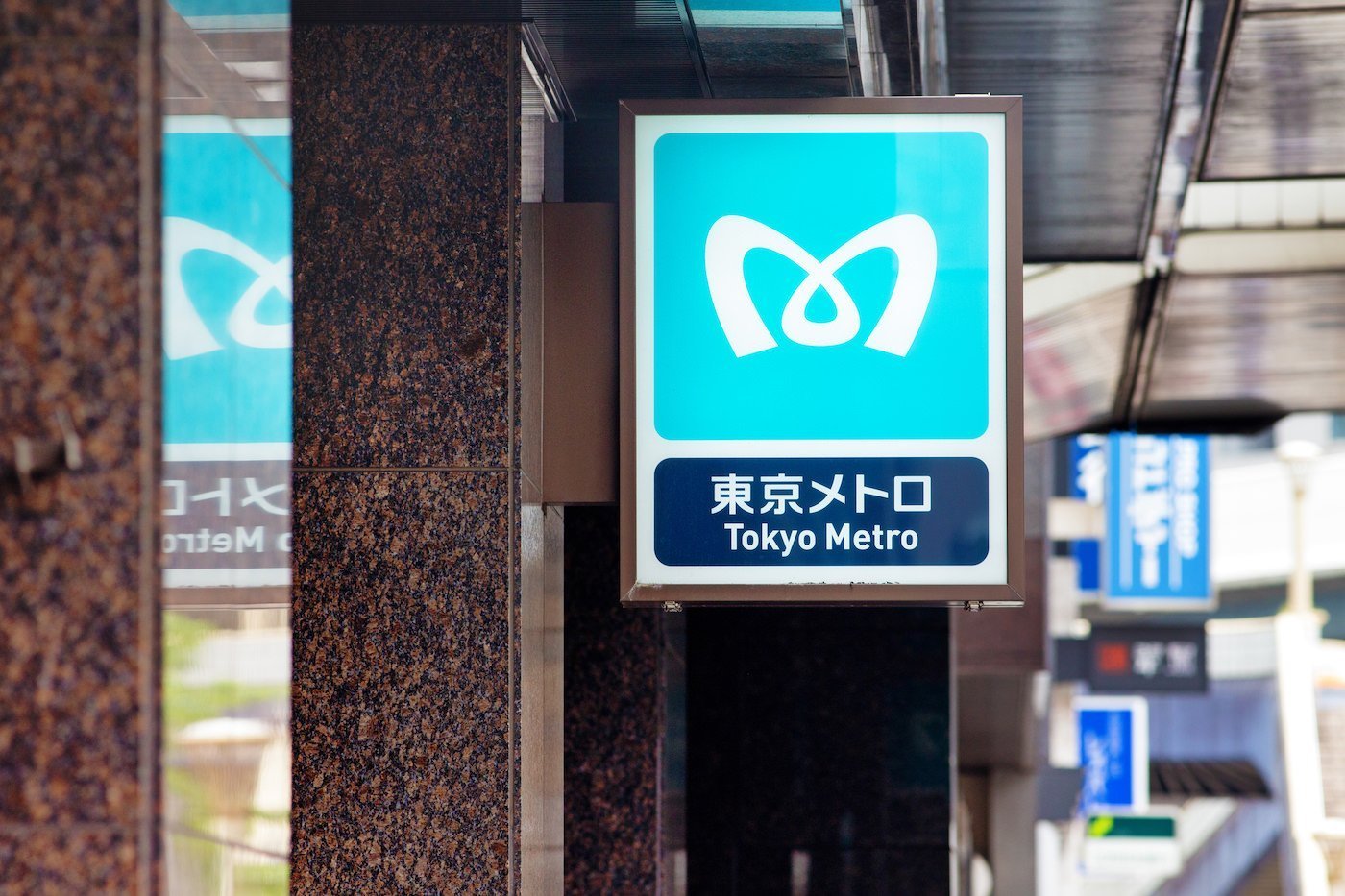 Japan has one of the most unique communications landscapes on earth and is completely free from government control, at least from a legal perspective. Unlike most of the Western world, traditional media outlets such as newspapers and magazines are more powerful than their online counterparts. This means that even though the Internet is the fastest way of transmitting information, business trends often begin offline before going online.

Leading the pack in terms of influence and reach are the five flagship national daily newspapers: the Yomiuri Shimbun, Asahi Shimbun, Mainichi Shimbun, Sankei Shimbun, and the Nikkei, which is often considered to be Japan’s version of the Wall Street Journal. These five together boast a daily print circulation of over 22 million, meaning a reach of over 47 million people; you can still sometimes see businessmen reading newspapers on their morning and evening train commutes. Newspapers concentrate heavily on hard, fact-based news, with fewer resources dedicated to opinion-based coverage.

Magazines, on the other hand, have more room for in-depth content and features due to more generous publishing cycles. With over 3,500 publications spanning everything from business to fashion and travel, magazines attract extremely loyal followers and strongly influence their readers’ purchasing decisions.

TV is widely considered the leader for establishing social trends and nearly every single household in Japan has one. It still accounts for the largest percentage of advertising revenue, ahead of the Internet. Four private and one public channel account for a few hundred television programs a year that can be accessed by everyone whereas satellite and cable broadcasting are far less prevalent: less than 20% of households can access. On the other hand, video streaming on demand (led by Amazon Prime Video, Hulu, and Netflix) has continuously gained popularity over the last few years, leading to the birth of a wide-range of specialized content and diversified viewing habits. 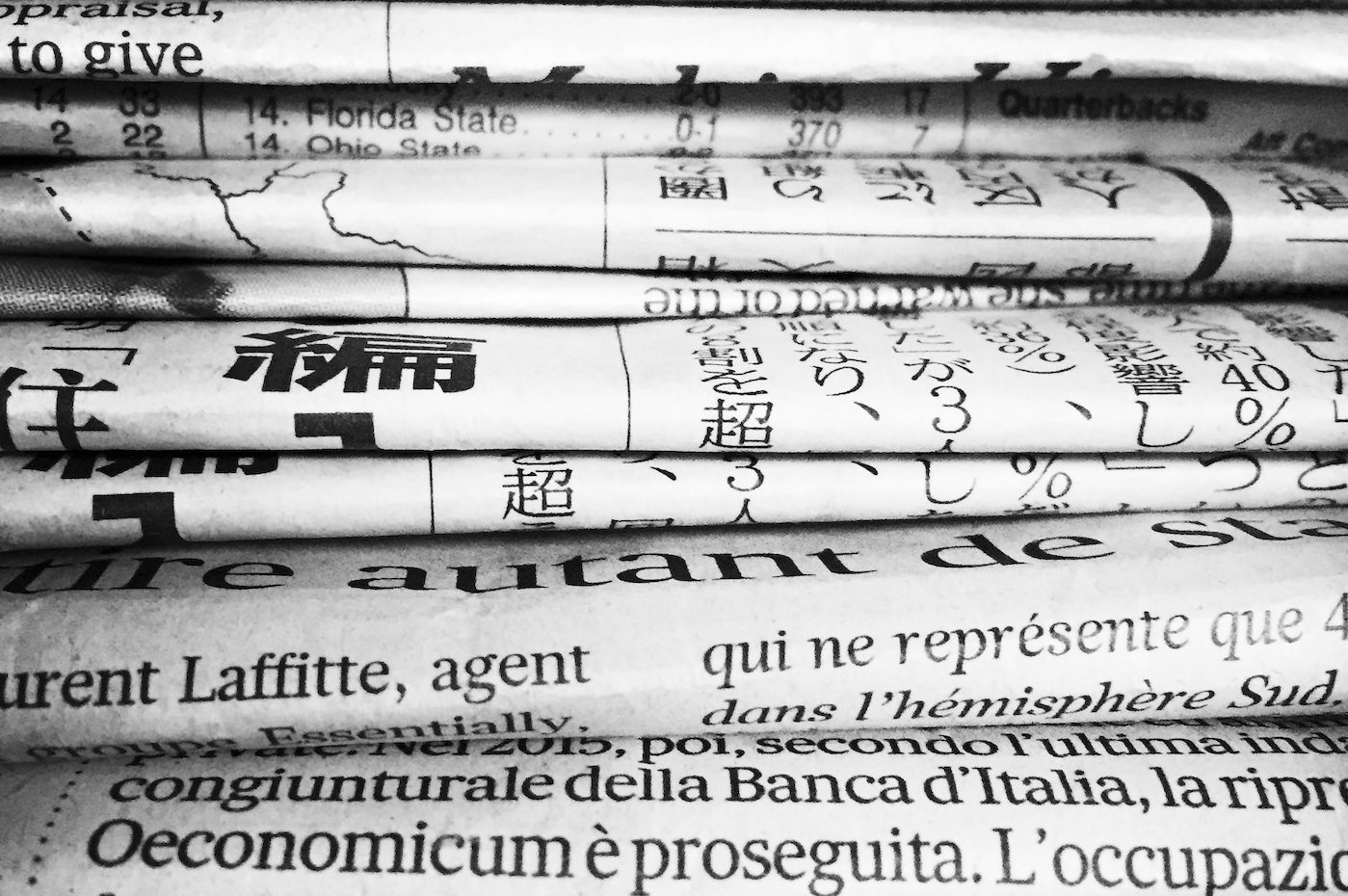 While the media landscape is still biased toward print and legacy media today, the Internet is playing an increasingly larger role in Japan’s media landscape every year, especially for B2C business. It is expected to finally overcome TV in terms of advertising revenue this year.

The spread of smartphones and smart devices, which are now owned by nearly two-thirds of all people living in the country, has fueled the growth and influence of social media networks and news aggregators, and nearly all legacy media have their own online outlet now. LINE, Japan’s top mobile messenger, currently has over 80 million users and counting, though it is important to note that most users are using the service strictly as a messenger, not as a social network.

Twitter and Facebook are now mainstays in Japan’s social media scene, coming to power in the aftermath of the Great Japan Earthquake back in 2011, proving data networks to be the most reliable way to transfer information. Twitter gained popularity by allowing anonymous usernames and microblogging, and it is now the countries most popular networking site with over 45 million users. Facebook, now especially popular among people in their 40s, had led to the downfall of domestic counterpart Mixi among all age groups as the go to site for expressing thoughts. This paved the way for Instagram, which combined anonymity, the ability to create private “in-groups,” and a visual focus for explosive growth— it had roughly 2.7 million users in 2013 yet reached over 28 million users by 2018. People search Instagram like they do Google for the latest information and trends to consume in terms of fashion, food, and travel. TV is also being siphoned online. More than 50% of all people between the ages of 10 and 30 watch TV original content online from sources such as YouTube. This is only expected to continue going forward.

Japanese culture has proved to be too big a hurdle for other mainstay networks abroad. LinkedIn is a great example of a service that has soared to great heights in the U.S., but has so far been unable to find its place in Japan. Japanese people are hesitant to place profiles online since companies have a strong preference for employees that have dedicated themselves to one firm for their entire career tending to look down on mid-career job searches, and their is a cultural aversion to highlighting one’s own accomplishments directly in public. This emphasizes the importance of communicating offerings in a way that resonates with Japanese audiences, and content must be made to tackle Japan’s unique needs. 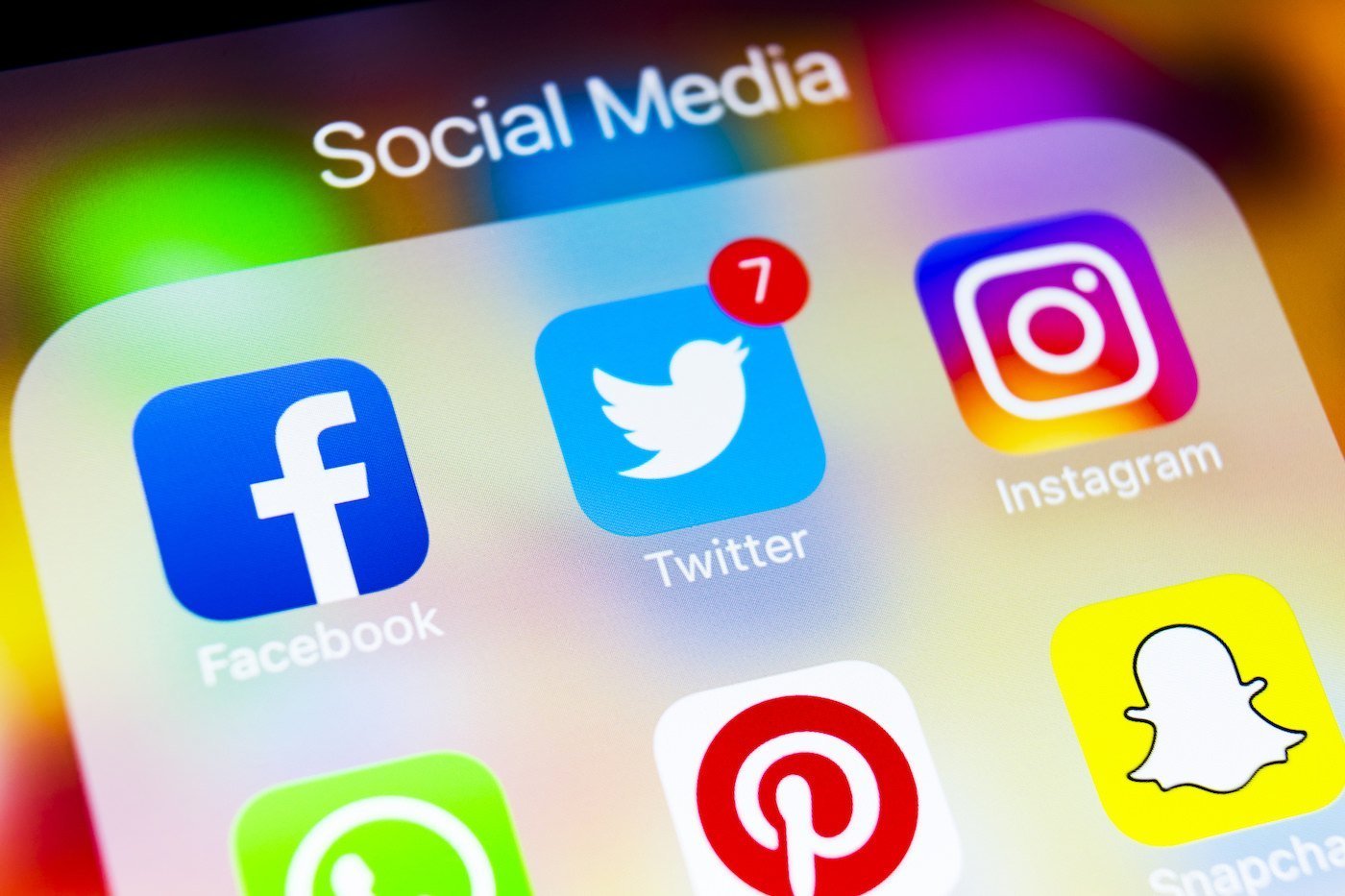 Kyodo PR leverages its nearly 55 years of expertise in the market to advise international organizations on how to communicate content to local audiences and bring firms to long-term success.